January 3, 2016
I was invited for a menu tasting at Da Capo Café & Bistro, and I must admit that this place gives me a feel of an old rock café when Bob Marley, Pink Floyd and Beatles used to be on the top charts!

The ambience of this place makes it quite evident about how much the owners are inclined towards music, and hence each wall has a musical story to tell.. 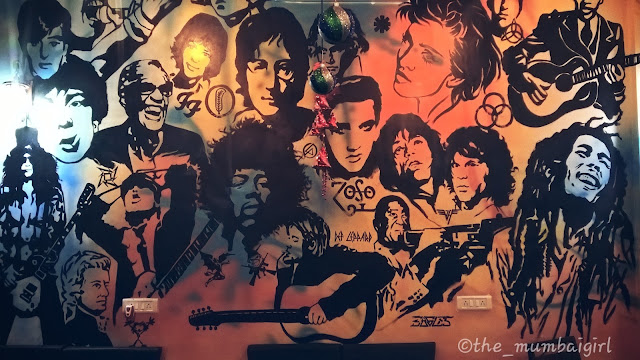 The second best thing about this place is that they have actually put in efforts to make it a favorite hangout spot for the youngsters, which was much needed in a student clad place like Kharghar.
Just drop in for a cup of coffee, and I bet you’ll end up playing a series of Jenga, or discovering a new book of your interest! 😉 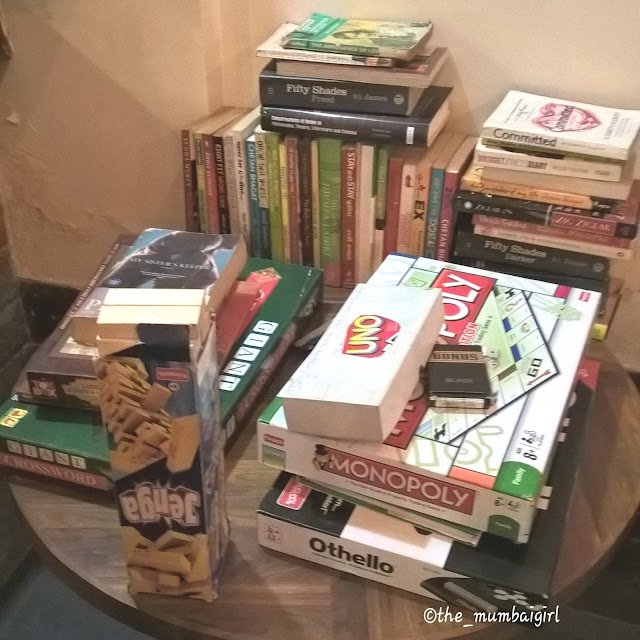 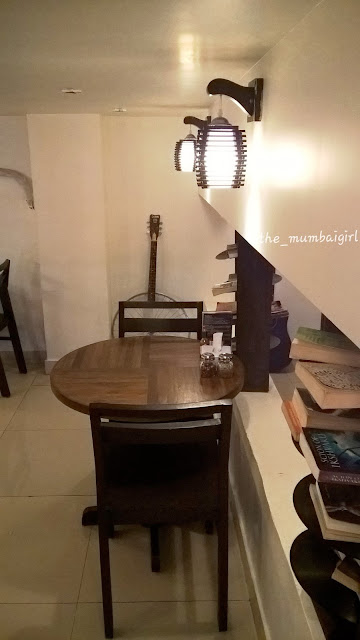 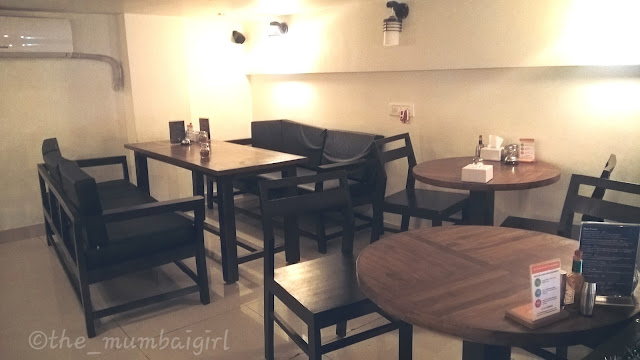 We ordered for a Kitkat shake and a Ferrero Rocher shake to begin with.. Apart from these, they have 7 more impeccable variety of shakes from Kiwi, Dry fruits, Mango and so on..

The Kitkat shake was too awesome than what I had expected it to be! It was filled with a superabundant quantity of chocolate, and each sip had the taste of crushed Kitkat chunks.
This drink will definitely satiate your sweet tooth cravings, giving you a refreshed taste. Totally recommended!!

The next which came at my table was a glass full of Ferrero Rocher Shake. A total sugar rush, and highly suitable for those who love their drinks extra sweet! The small dollop of Ferrero Rocher added so much more taste to the milkshake.

It was the Christmas week, so their Christmas special menu was on. Therefore I was suggested by their staff to try out the speciality sizzler dish which was named as “Bird Eye Chilli Chicken“ 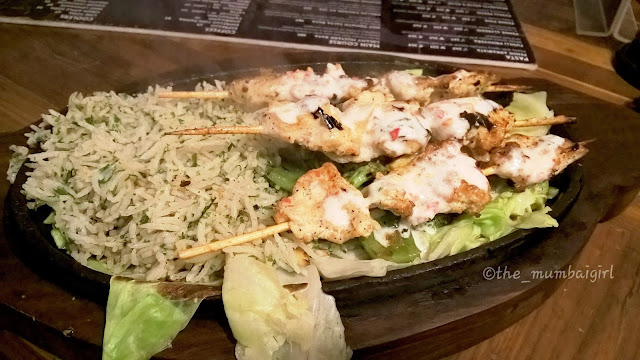 Sizzling hot Chicken pieces marinaded in garlic and Thai chilli sauce gave a perfect taste and the chicken pieces were tender to chew. The rice served along with it were cooked in various herbs and were flavorsome too! Click here to watch a short preview of the sizzler.

When it comes to Italian food, Cannelloni is the first thing that flashes my mind! I was craving for some of this on the very same day, and I was surprised to learn that they have introduced Baked Cannelloni to their menu recently. Within the next 10 minutes, the cannelloni had been served on my plate! 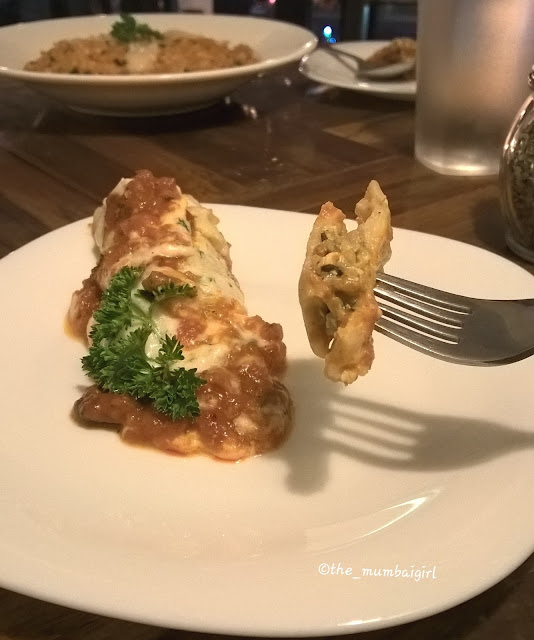 Homemade Cannelloni Pasta which is stuffed with garden vegetables, and a Pomodoro sauce base. The topping consisted of a creamy layer of Parmesan and Mozzarella sauce, then baked to perfection!

Amidst all the food, I noticed that they also serve a wide variety of mocktails and each one is named after a popular song!

The first one was named as “Smells like teen spirit” after a song by the most favorite band “Nirvana”.
As the name suggests, this drink was a complete nirvana of orange, pineapple, grenadine and cream!
It tasted as terrific as it looks! 🙂

“Remember to let her into your heart
Then you can start to make it better”
These were the lines that struck my mind after reading the next mocktail name. YES, it was “Hey Jude!” <3
Being a BIG fangirl of The Beatles, I was really looking forward to have this one the most!
Hey Jude was a mix of raspberry and pineapple which enchanted a sweetish-sour taste. It’s thick and creamy texture was such a treat to the taste buds! Loved the drink, as much as I’ve loved the song. This one was perfect!
When in doubt, a Risotto is always a good idea!
Thus our next choice was a Prawns in Tomato Basil Risotto..
Soft and creamy Arborio rice cooked with prawns and tomato basil sauce. It was simple, yet filling!
The prawns were cooked till perfection and were mouthgasmic, but it could have been better if more prawns were added to the dish..
Also it was moderately spiced, hence can be a good option for those who prefer non-spicy food.
Apart from these, they have more in the main course section right from Sandwiches to Pastas and Pizzas too!
After having such a sumptuous meal, I was almost full.. But then, there’s always room for desserts! 😀

We were suggested by Mr. Ameya, the café manager to try out their signature dessert “Crème Brulee”.

Crème Brulee is a French based dessert, which is also known as burnt cream. It consists of a rich custard base and is topped with a contrasting layer of hard caramel.
This dessert is one of a kind, and is served in very few restaurants. Luckily, Da Capo is one of them! 🙂 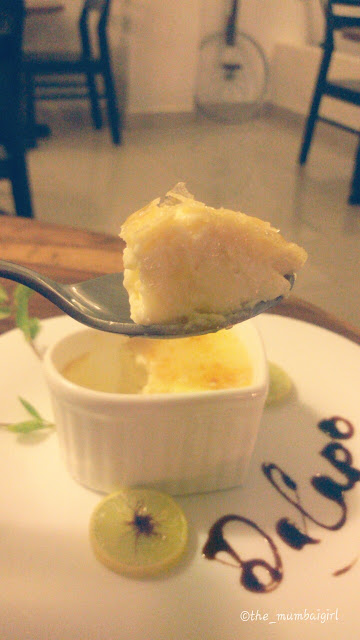 Surprisingly, it’s been only 6 months since this place has opened, and gets a large footfall already. Even though the café is spacious, there’s almost no space, or people waiting in line to get a table on weekends.. Well who wouldn’t want to visit a place where there’s good food and music? 🙂

Da Capo is a boon not only for Kharghar residents, but also for the students who come this side daily!

The only suggestion I would give them is, if they could improve the lighting facility downstairs and make the place look more brighter!

This review wouldn’t have been possible without the coordination of Mr. Ameya and the very warm hospitality of his staff members.

I love writing about cooking and serving great things! I want to share with you the best recipes and things I can do. Come into my world and do not forget to follow me on our social networks! 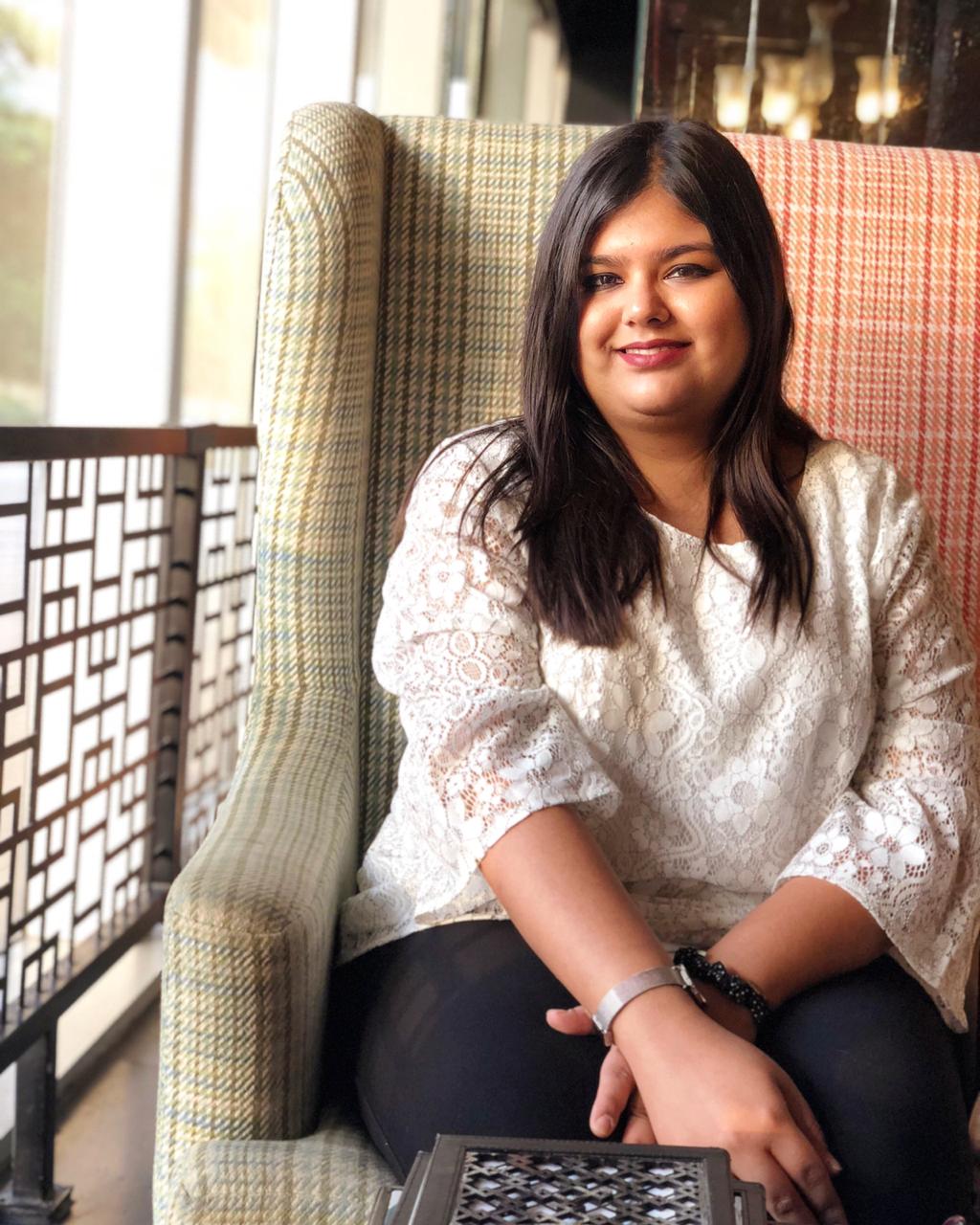 My name is Kiran Bathija

I love writing about cooking and serving great things! I want to share with you the best recipes and things I can do. Come into my world and do not forget to follow me on our social networks!